Things I Have Googled Today

How can a writer procrastinate?
Let me count the ways... A list.

On average, in the United States, 123 people commit suicide every day. That works out to be 44,965 people every year. Suicide is the 10th leading cause of death in the US. For children between the ages of 12-18 and college age young adults it jumps up to the second leading cause of death beating out cancer, heart disease, AIDS, birth defects, stroke, pneumonia, flu, and chronic lung disease combined. Serious attempts are 4x more likely in LGBTQ youth. If they come from homes where they are not accepted that likelihood is doubled. 41% of trans adults report suicide attempts. 22 veterans die by suicide every day. Among young adults aged 18-24 Native communities have higher rates of suicide that any other ethnicity.

In 1999 Amy Bleuel lost her father to suicide. In 2013 she started Project Semicolon to remember her father and to reach out for help and to help. Project Semicolon explains that a "semicolon is used when an author could have ended their sentence, but chose not to. The author is you and the sentence is your life". Sadly Amy lost her battle with suicide on March 23, 2017 at the age of 31. Her foundation has continued to work toward her goals of suicide awareness and prevention through raising public awareness, educating communities and providing individuals with the tools to help themselves.

There are people that believe that suicide is 'taking the easy way out' or that a person who commits or attempts suicide is a coward. Those people are wrong. Imagine you're trying to live your life and there is a bully that follows you. He has followed you for as long as you can remember and even though he terrifies you you aren't sure what life without him would be like. He is with you everywhere, in bed, on your graduation day, the day your mother dies, the day your child is born, every time you start a new job, whenever you try to relax. There he is. Every. Fucking. Time. He whispers things in your ear "You're doing that wrong. You're fucking it all up". He comments on everything you do "No one thinks you deserve to be here. You're a liar, an imposter, and someone is going to expose you". He screams at you in the dark "You're ugly and fat and stupid and no one will ever love you." He ends every whisper and scream and offhand comment the same way - "You could always kill yourself". You don't want to, of course. You have a life, a husband or wife, parents, boyfriend or girlfriend, best friend, children. You have hobbies and things you are excited about. You have goals and desires and interests. But that bully, he still follows you. Eventually he wears you down, you start thinking that maybe he's right. Then he's in, he's gotten inside your head and you start to question everything you do. Does my husband/wife/mom/dad really love me? Do these people even like me? Do I even deserve my job? Do I deserve to be loved? To be happy? To be safe?

Suicidal thoughts are exactly like an abusive partner. They find your fears and insecurities and they prey on them. They expose you and amplify your own negative thoughts. They isolate you from everyone you love until they have complete control over you. Then they make you do things for them. They make you harm yourself, they make you do dangerous things, eventually they kill you.

Now imagine that this bully, this abusive partner, lives inside your head. There is never a time when you are free. Even when you have come out the other side and are stronger and can beat back the bully and tell the abusive partner that they have no power over you, you can still hear them and you never forget how slippery that slope is to ceding all control to them.

So please don't ever say that suicide is the easy way out. No one has ever taken the easy way out with suicide. They have already won so many battles but the enemy outflanked them and they have simply lost the war. There are no cowards here. So when you see someone rocking a semicolon tattoo know that you are in the presence of a warrior. 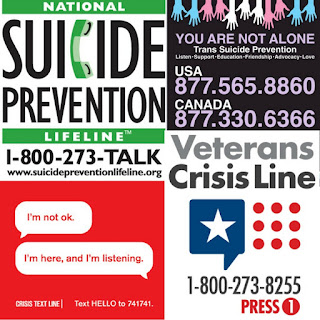 If you or someone you know is suicidal please reach out and get help.

You deserve to live.

Buzzfeed was nice enough to compile this list of all the books ever mentioned in the Gilmore Girls, which I happen to adore. If anyone happens to know of a town that is a real life Stars Hollow please let me know so I can pack all my belongings and move immediately. In the meantime I will attempt to read every book on this list. Out of the 339 books on this list I have already read 55 (that I can remember). Some of these I have no desire to read and some I have always meant to read but just never got to. Hopefully I can put a serious dent in this list by the end of the year!

I keep starting and abandoning this blog. I think it's a combination of nobody-want-to-read-my-blog, my-blog-must-have-a-cohesive-theme, and I'm-too-lazy-distracted-tired-hurting-to-finish-what-I-started. So I gave up. But now I'm back and I've made a decision. Are you ready? 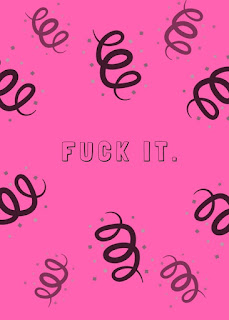 So get ready for a blog that looks like the inside of my head. Lists, photography, food, ramblings, poetry, fiction, questions, and whatever else my brain comes up with! 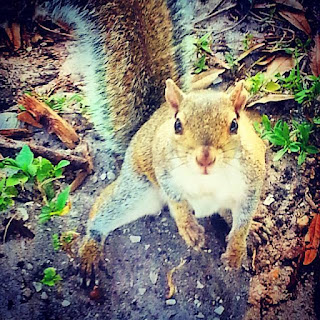 James Squirrel Jones hopes you'll be back to read the fun.