I freaking love carbs. I can't help it. Bread is my downfall. So of course I work it in wherever I can. Tonight I decided to take the sausage and peppers I was already making and stuff it into a pizza crust and bake it to golden deliciousness. And according to the rave reviews from my husband I was successful.

I used turkey sausage from Aldi and I swear I'm starting to think it's even better than regular sausage (and it's definitely better for me). I used one medium onion, one each red,orange, and yellow bell peppers. In a separate pan I browned the sausage whole first, then sliced it and browned it a second time. Then I added it to the onions and peppers that were cooking in a few tablespoons of butter. I used Pillsbury thin crust pizza dough (which was perfect, I didn't have to roll it out at all). I piled the sausage and peppers in the middle of the dough, added some mozzarella cheese and folded it over. Baked it, let it rest, then devoured it! 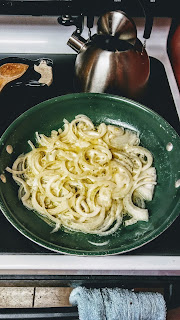 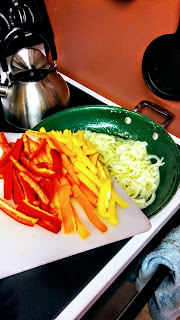 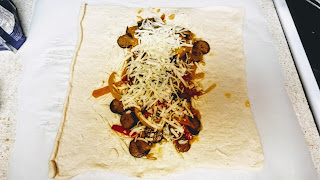 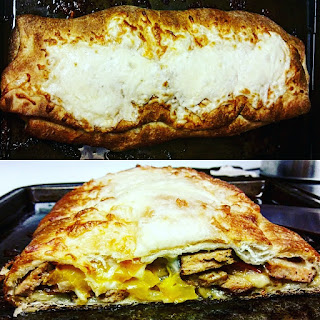